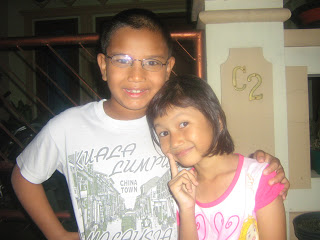 Last week my 9 years old boy asked me a question, ‘dad what is the global crisis?”. It surprised me because I never thought that a kid like him already thinking about global crisis that I know only adult peoples particularly businessmen or politician would only concern about it. Then I replied “what do you know about crisis” I asked him back. “I don’t know, but hear many times on TV peoples keep talking about crisis and I heard also my friends at school also talked about it” he replied.

I tried to tell him as simple as possible to make it easy to be understood for a kid at his age. I know he studies about science and resources at school. He learns about the natural products that are produced by our country Indonesia such as coal, gold, tin, bauxite, oil/gas and all others.
I said “ son, you already know that our country Indonesia exports products such as coal, tin, and oil/gas to other countries such as Korea, Japan, China and many more, from exporting those products we get a lot on money” I looked at his face seems that he understood my explanation, then I continued again. “Now Korea stops buying coal from our country or buy less than they ordered previously, because of that we get only few money compare to the previous ones”. Suddenly my son asked, ‘Why Korea buy less from us?”. Okay, I said “Korea does not need more coal now because their car plants do not need more energy because America reduces they order from Korea because America is economic crisis now”. I looked at his face again, and seem that he understood.

He asked another question again, “dad, so we are now in global crisis, meaning that you do not have enough money now” Waow…. What a statement from a 9 years kid, I was thinking for a while because I do not want my son feeling so worry about this crisis, I want to keep optimism in our life including in business. I said “well, yes the crisis gives impact to my business but it still under control; you know that Indonesia is not seriously affected by the global crisis so far, we still can make good business and we still have enough money”.

Information spreads so wide and so fast, without our control it reaches our kids even we do not expect them to know. When they know it, be ready to direct them with appropriate explanations.
I am happy to know that my son keeps asking me about things that become his curiosity so I can give him the right answers. I believe that the answers would become his basic knowledge and very useful when he needs it in the real life.